Big Jake: How I created this shot. 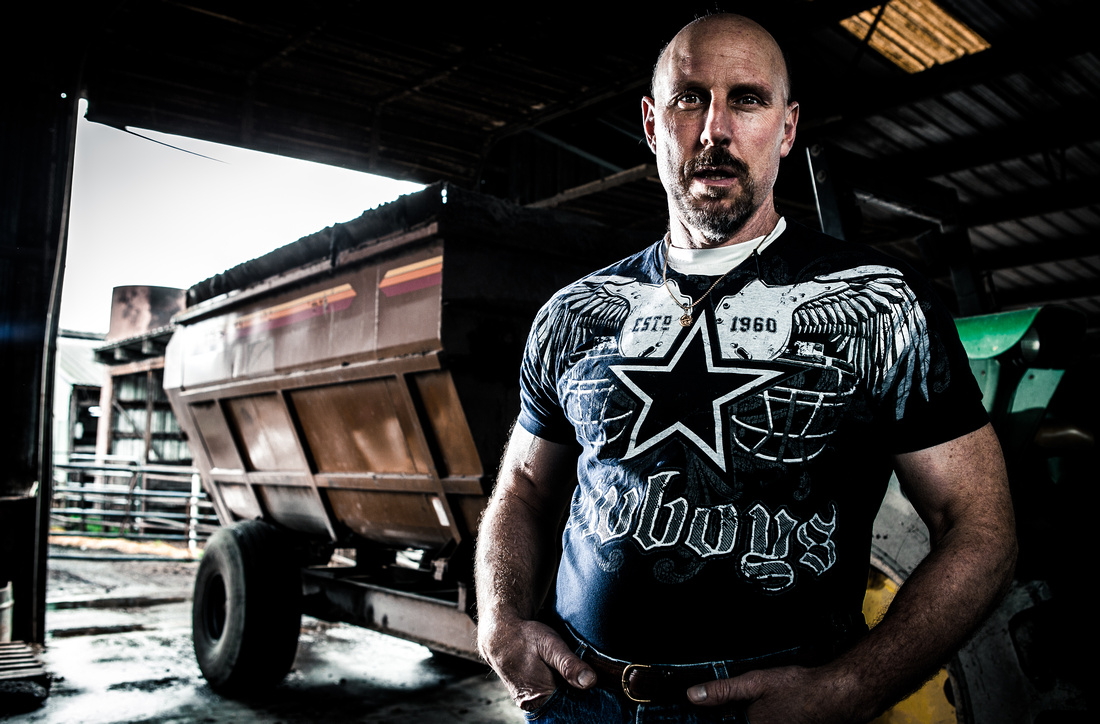 I received an email from a young photographer who wanted to know how I achieved the look in this photo. She had tried to copy it but the image did not turn out the same so she wrote and asked me how I did it. So I figured that I would share it in case anyone else was wondering.

After composing the image I took a meter reading of the overall ambient light and set the camera accordingly. I wanted to keep the ISO down to get the look I was going for so I set it at 160. I wanted to have a depth of field that wasn't really crisp yet not so blurred out that you could not tell what was in it. I chose a 24 to 70mm lens which I set the aperture at f4. The overall image was shot at 1/15th of a second. I used a tripod to keep the camera steady and Jake was able to hold still enough and the flash also helped to freeze any movement for a crisp shot of the subject.  Then I set the main flash to the power that would work well with the ambient light exposure, once I had that where I wanted it I set the other speed light about a stop hotter than the main flash.

I used a Lastolite softbox on the main speed light, and to direct the fill light and keep it a bit harsher I made a snoot out of a large McDonalds drink cup. I cut the bottom off and stuck it over the speed light this directed the light where I wanted it and kept it from spilling over onto areas of the photo where I didn’t want it.  The main light was positioned to the right and above the camera about two o’clock if you were looking at the clock from camera angle. The fill light was to the left of camera angle and slightly behind the subject just out of the frame.

With the Canon 580 speed light and pocket wizard radio triggers I could have shot TTL through the lens metering but my secondary speed light was a Lumopro LP 160 which is a manual flash so I had to shoot in manual mode. Back in the day that is all we had when working with strobes so I am used to that and it gives me a lot of control of each aspect of the shot.

The grunge or edgy look was created in Adobe Lightroom by increasing the clarity and decreasing the saturation and playing with some of the other sliders until I achieved the look that I was after.

Well that is about it, I figured since I was asked maybe there was someone else who might be curious as to how the image was made so here you are. Thanks for the question I found it flattering that someone would try to get a similar shot and go to the bother of asking for assistance.