Taking the Mystery out of Exposure 2 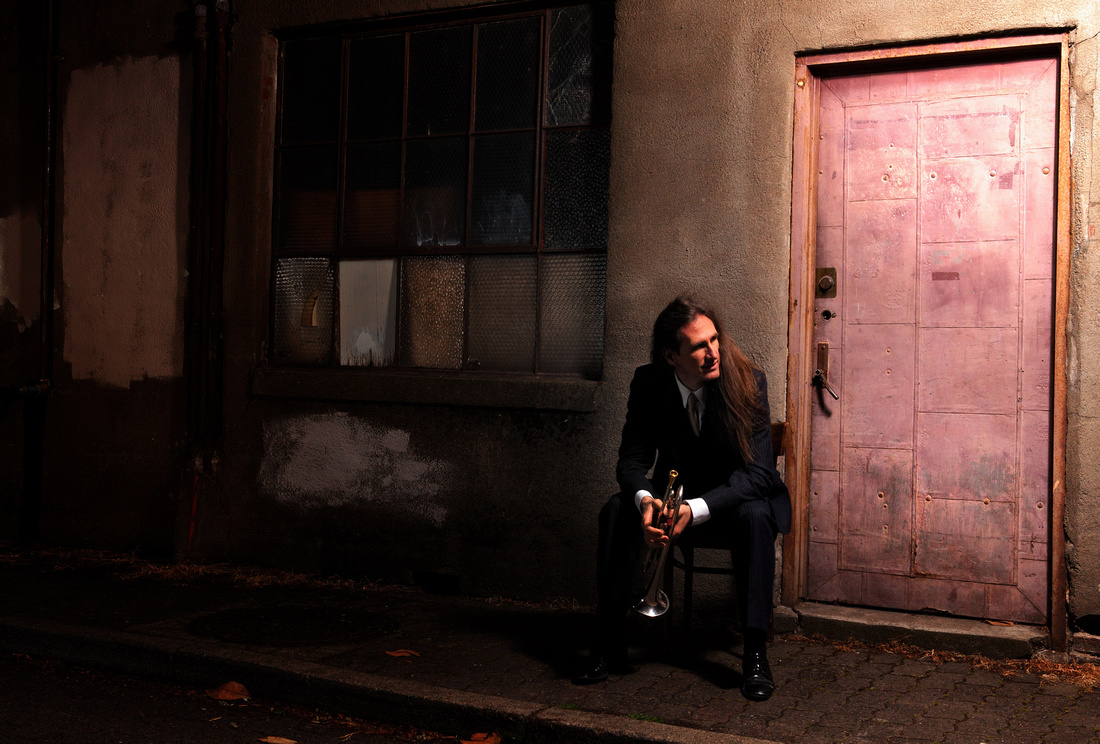 The other day someone mentioned this photo and said they like to shoot at night as well.  I too love shooting at night and catching the dramatic effects you can come up with if you pay attention.  This photo as well as the whole series however was taken during the day.  What I had in mind was a night shot but Gavin had just returned from a world tour with Pink Martini the band he plays in and he was so gracious to drive all the way from Portland to Salem for the shot on the same that he returned. He was also dead tired and yet was such a great sport I just couldn't ask him to hang around until evening.  To get around this I under exposed the scene by a couple stops to make it look dark like it would at night then lit him with an Elinchrom monoblock strobe (powered by an Inovatronix Mini battery pack) in a beauty dish on a boom placed where a the light on the building over the door was. Of course it had not come on because it was daylight. I adjusted the light around one and a half stops lighter and shot the photo.  There you go, instant night photo. 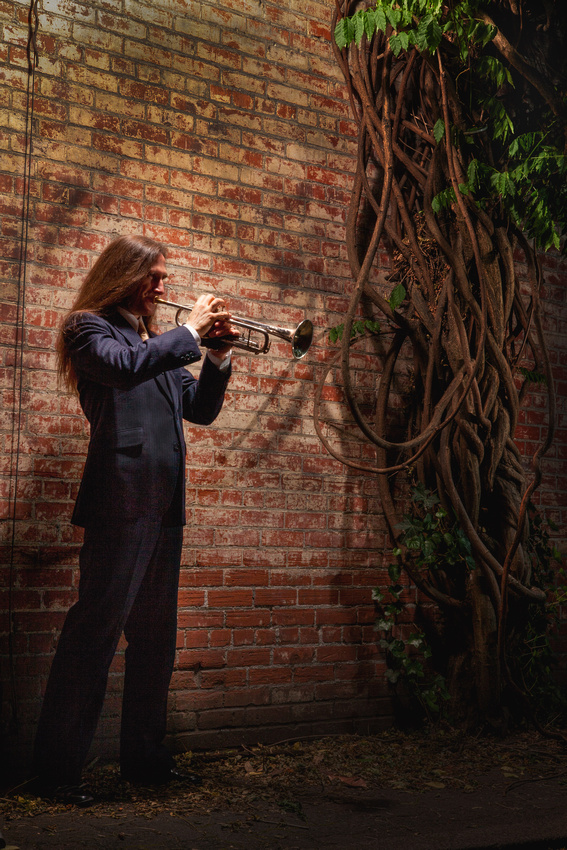 The second photo was shot primarily in the same fashion. I put the strobe close to where the streetlight (which was not lit) was positioned.