Sometimes you have evenings that are just special. Last night was one of those. Darla and I went up to Arrivederci Wine and Jazz Bar in Milwaukie Oregon to see Kate and the Crocodiles. Now most of you have figured out by now that Kate, Gavin and Craig are good friends and we have said many times how much we love them as well as their music.  So having need them in so many venues things have to go really right for us to have an exceptional evening at least compared to all the other wonderful time we have had seeing them in concert.

Steve is the gentleman playing sax in the photo below. I need to talk to him again but I think that he runs the place or manages it. It belongs to his son is what I think he said, I will have to check that out to be correct. Anyway he brought his sax out and sat in a few songs and that was a pleasant surprise. It is a really cool atmosphere at Arrivederci and a lot of fun. 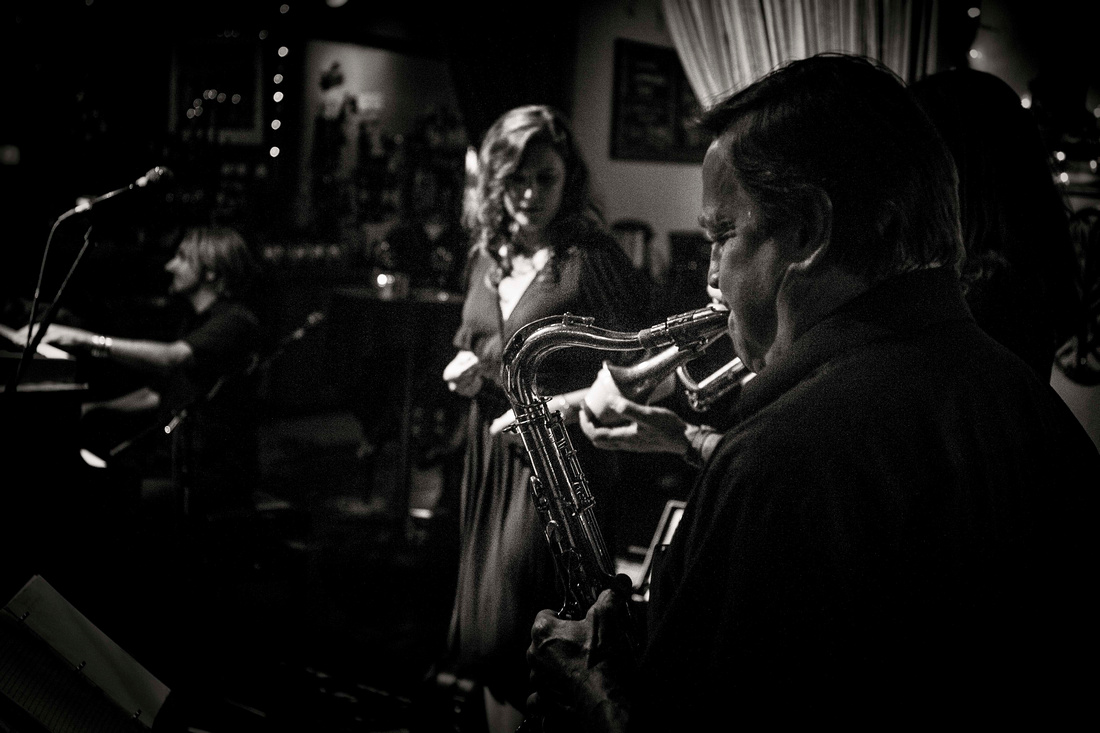 It was our first time to go to Arrivederci and I was very impressed. We made a reservation and got a great table right in front.

Our waitress was a beautiful young lady who was just as nice and helpful as she is attractive. That is always a plus. 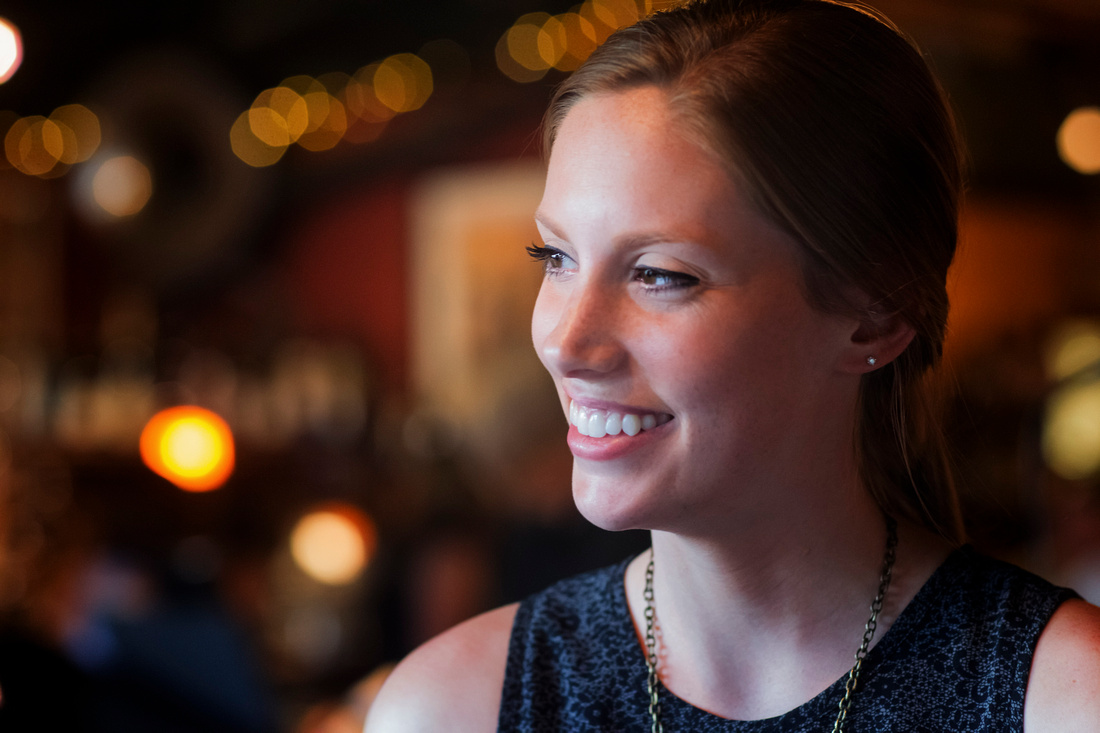 Over the years I have gotten to be a bit of an Italian food snob, well not really, but I do hesitate to order spaghetti in a restaurant as I seldom find it done correctly. Okay my pseudo snobbery ( I am really not a snob, just like good, well prepared food) has come about because of my wife Darla.

When I met her she has just returned to the U.S. from a four year internship as an apprentice to a master painter and sculptor in Florence Italy. They would eat the majority of their meals at a little trattoria. 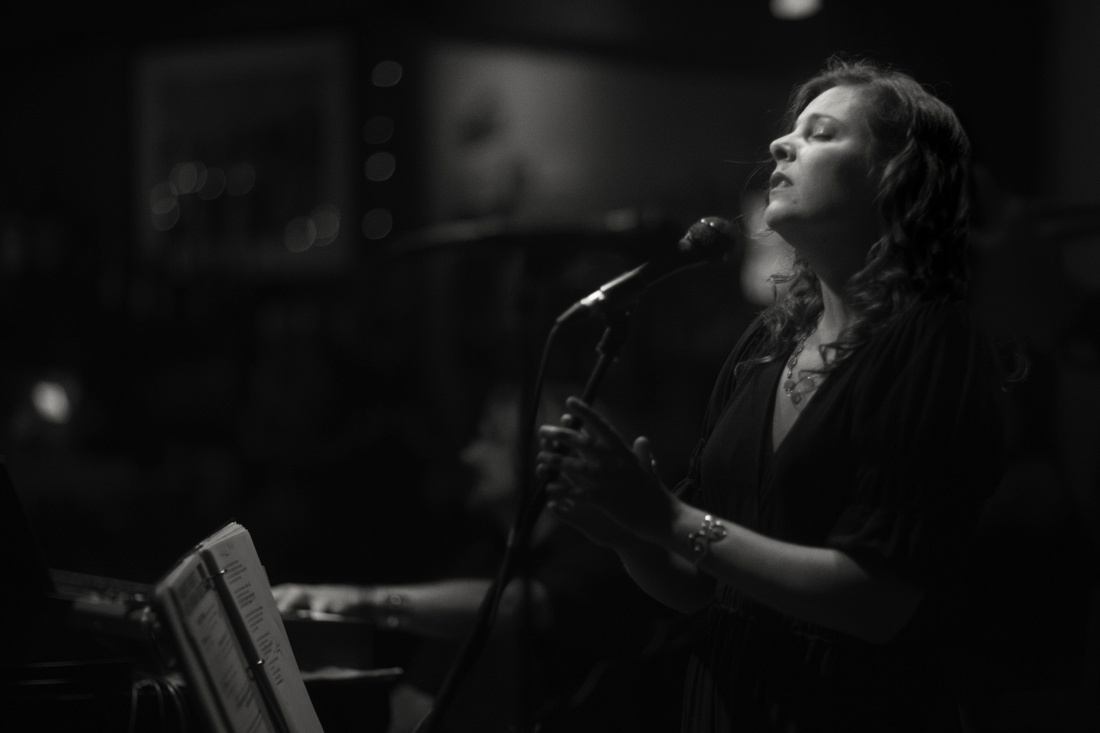 Trattoria del Garga is a world famous restaurant that Rachel Ray has called her favorite restaurant in the world. That is a pretty good recommendation.  Darla learned a lot from her friends who own and operate this little gem and she as passed much on to me.  So when I say I am kind of picky about my Italian food I have good reason.

Last night I steered away from the pasta for the reasons I mentioned above, a new restaurant and all, and went for their pizza. For around twelve bucks you get a generous sized personal pizza made from fresh dough and ingredients.  The pizza I had was called the Shameless Seamus. Seamus is a chief from New York who is hanging here for a couple months and they are getting some new and cool dishes from him.  It has a spicy marinara sauce on perfectly done crust.  Genoa, salami, red onions, mozzarella, parmesan, sliced mushrooms, roasted red peppers & it is topped with fresh basil.  It was amazing. I like big bold taste and this pizza had it to spare. I am now looking forward to going back to try their pasta.

I think I described it to someone as being liked getting punched in the mouth with flavor. Now it really isn’t like that and I meant it in only the best way. But really I love it when I take a first bite of something and get flooded with flavor. It really was that good.

Darla had the Molte Bene. She too liked her food very much. She said it tasted like something she would cook. It is a chopped chicken sautéed in garlic and onion with a mixture of vegetables and topped with shaved parmesan.  I didn’t get to try it but I did insist that she have a bite of my pizza and she loved it. 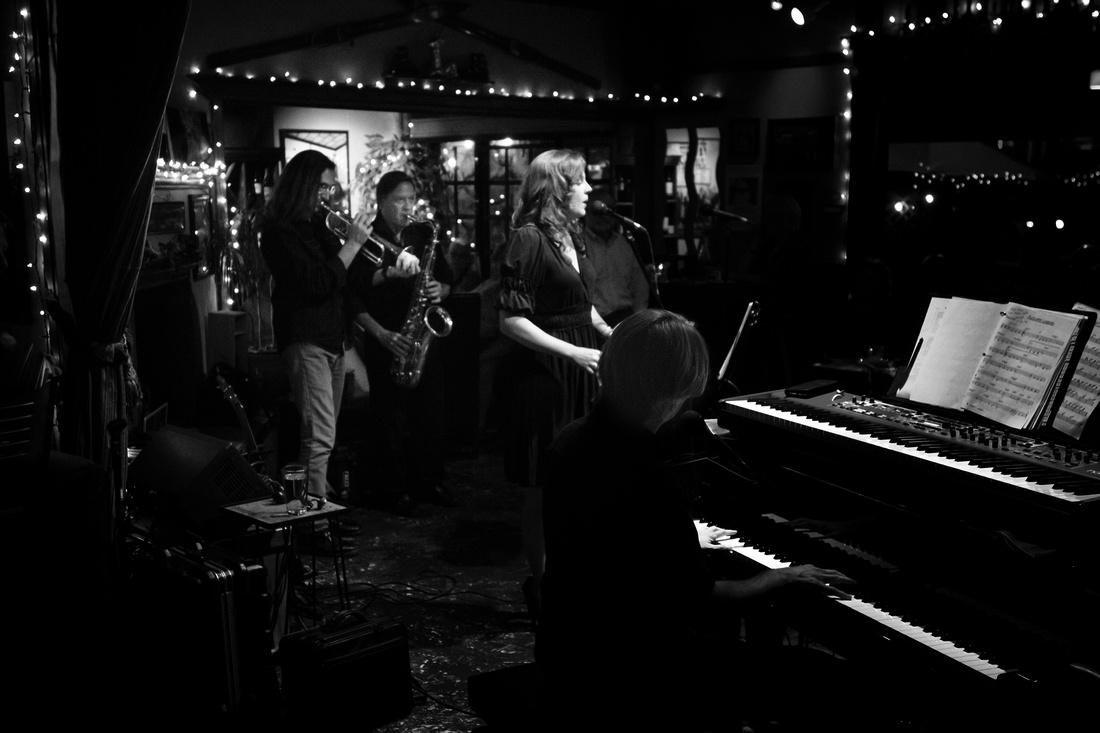 So I would highly recommend Arrivederci if you are looking for good food and some great music.

Kate and the Crocodiles have never disappointed and last evening was no different. They are always writing new music, which added to songs that have become favorites of mine, always makes for a wonderful experience.

It is hard to pinhole their genre as it is so broad. They do take some well-known songs and mess with them as Kate calls it and none have failed to be truly enjoyable. 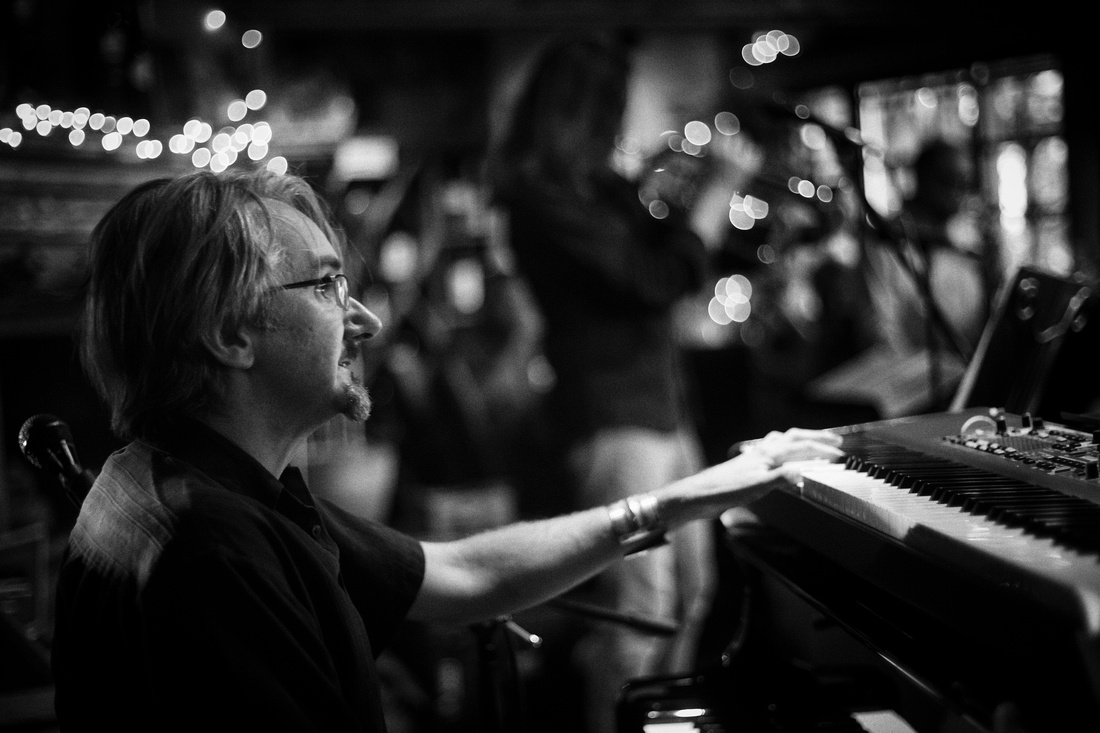 You will hear songs ranging from Pat Benatar to Nat King Cole and all are done uniquely and perfectly.

For those of you who do not know them Kate Morrison is an accomplished vocalist. Craig Bidondo is an amazing pianist who plays in so many different venues around Portland and across the country. Gavin Bondy is an amazing trumpet player who also has played with Pink Martini for the last twenty years.  These three amazing musicians come together and produce a truly unique and wonderful experience for those fortunate enough to hear them play.  I would highly recommend that you get out to see them and if they are playing at Arrivederci you will be in for double the enjoyment.