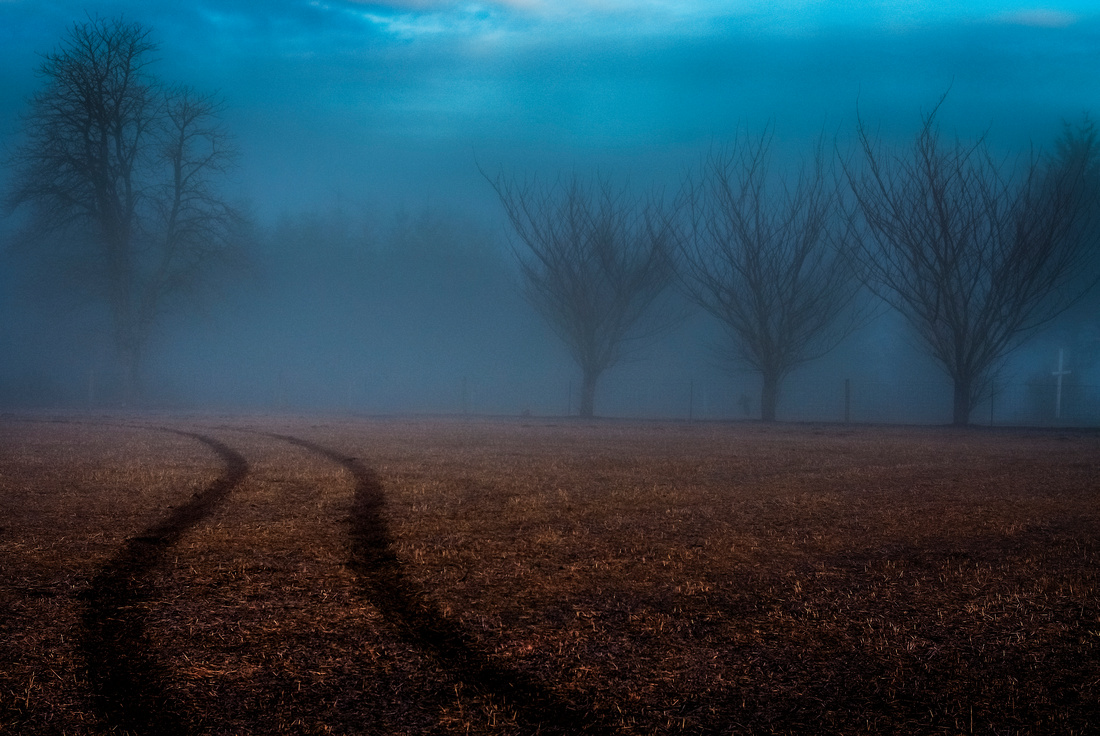 For decades now I have been interested in spirituality. I have sought not only to understand its inner workings, but to develop an authentic spirituality that finds its home within my relationship to Christ Jesus.

I have been told that I make things way too hard, and I am sure that is true. It would probably be much easier if I were only interested in finding a type of spirituality that would make me feel good.

It seems to me, if we are trying to develop an authentic Christian spirituality or any authentic spirituality for that matter, then we would have to be dedicated to truth, or at least as close as one might come to it.

Part of this path toward truth would have to include the identification and release of things in our lives and psyches that tend to get in the way of this discovery. And that is not a comfortable pursuit. However, it must happen before we can address similar things elsewhere.

We also must look squarely at the world around us and be honest about what we see. Our honesty must take into account the highly probable possibility that we are not always seeing things clearly, especially things that other people might have come to a different understanding or conclusion about.

Oh I would love to be able to find and live in a world where I could honestly develop a feel good philosophy of life, one that let me be positive all the time and have only good and refreshing thoughts.  But I don’t, and my understanding of authenticity and truth, prevent me from trying to make the world in which I find myself fit into a false reality.

That being said, a continual wallowing in the evil, frustration, anger, criminality, death, destruction, and hate does untold damage. In becoming authentic we cannot dismiss or ignore such realities but we serve a God whose nature is the substance of the three theological virtues, faith, hope and love.

So how does one look into the abyss and remain whole? How do we look into the darkest portions of ourselves and walk away intact? Or do we? Is the brokenness I feel right now a desired trait, is it the result of my path? Is this where I want to end up in this life?

Are we like David says, sojourners here, wanderers without hope for this life and waiting to feel at home in the next?

I know the pop Christian culture answers for this and while they come from a truth, It seems to me that so often they arrive in the form reminiscent to the platitudes trotted out by Job's dogma bound friends.

It seems some folks are quoting the scriptures while in a state of denial, or ignoring the real problems of this world, or those in their hearts, rather than looking deep into each.

I am not saying they are not suffering for many are, we all suffer things few know of, both physically and spiritually.  I am certainly not claiming to be better or more enlightened as I fear I have only scratched the surface myself.

I want to feel good inside but how is that totally possible when there are so many suffering in the world, in this country, even friends and family. Is being at peace predicated uopn feeling good, or is that an aberration given by a society that has lost its way? One that prizes ease, good feelings, achievement, ability, intelligence, and a plethora of things over character, long suffering, empathy and love.

Our culture may give lip service to these things but in the end, when the rubber meets the road, they fall flat prostrate in the worship of, "ME".

How can any of us be whole if we ignore those things that break us into pieces. Is the culture in which we find ourselves is so weak, so bruised and fragile that it cannot, or will not take a look at itself? Looking inward not to wallow in, but to acknowledge its presence, weaknesses, its faults, the sins of our ancestors, and our own, then seek forgiveness in whatever form it might take. To go forward, is a difficult but necessary path.

I see people of color screaming at the top of their lungs, asking the very same thing that Job cried out to God for. The very same thing that his friends did not understand while they hid behind their dogma in an attempt to answer the why rather than actually hearing him in the one thing he really wanted. Arrogantly answering a question that is not even asked, gives the person answering the illusion of superiority, when it is a religious answer, it becomes particularly distasteful.

I see my Native American friends, people I grew up with living on their reservation, whom I played sports alongside, went to school with, asking this same thing when they talk about getting ripped from their families and put into Indian schools. When they talk of women being forcibly sterilized clear into the 1970s.  When they talk of the millions who were exterminated by a growing America. Having their homes and lands torn from them and being moved onto reservations.  When they talk of the over 59 million indigenous people who were killed worldwide by the Europeans and that Christ was used as one of the excuses. When folks want to speak of the ultimate evil that ever happened they speak of Hitler and the over six million Jews who were exterminated, a true horror and evil, but it the extermination of indigenous peoples are hardly mentioned.

When African Americans scream about what they go through in this country. Growing up, in places where some are afraid or at the least are uneasy about walking down down the street, or go jogging without being harassed or killed. Where some police officers profile them because of their skin color. Not all, not even a majority, but how do these folks know which one they might meet at any given time.

When they scream about what much of life has been like for them, their friends and families. They are screaming because talking hasn't worked.

Other people of color have their stories, like the Chinese immigrants who are hardly considered, a plight shared with the Native Americans, or those I have not even mentioned, who rarely are, what are they asking when they speak, what was it Job asked God, the request, even demand, his so called religious friends failed to see?

They all screamed for one thing. TAKE MY EXPERIENCE SERIOUSLY!

Don’t think that trying to tell why is going to help, you probably won’t be right anyway. Don’t think you will be the one to fix it. That will be a joint effort. For God’s sake don’t use it to make you feel better about yourself and make it about you with some touchy feely nonsense. And please don’t come with this victim culture thing, it is more about those who bring it. It comes from someone who has never confronted their shadow and uses the problem of racism to project it on others where it is far safer for the projector to hate it. You can see it in the vile, hissing, spitting hatred and disgust they have for those they are blaming. It is the consequence of a life filled with self-involvement rather rather than self-knowledge. And it is certainly not born from love or caring for others.

Folks are calling out, Just Take My Experience Seriously.  Listen to and acknowledge that cry. Then things can begin to change. Then maybe a real conversation might start. Or where it has already begun, might deepen.

God saw how Job was asking, "Take My Experience Seriously," sure He corrected the friends, and asked Job some very hard questions about who he was in relation to Himself and let Job know that there was such a vast difference in knowledge and power but in doing so he also gave Job what he wanted. He took his experience seriously and he showed up in a Theophany, a divine visit with a light and sound show par excellence.

Acknowledging the call to take My Experience Seriously, is the first step. When we do folks the honor of doing this it can lead to discussion and when we are talking we are not fighting. We need to listen first, try to understand. Try and imagine what it must be to raise kids in a world where they are not safe. Where they are made to feel inferior. Put ourselves in others shoes. Everyone knows this but we need to do it. Use our imaginations to try and understand how things might feel. You will never get there but it is better than digging your heels in and being unmovable.

Take My Experience Seriously, lets start there and maybe at some time we all can learn to take each other's experience seriously, that will be real progress. Yes white folks have an experience as well. One small aspect is, many of us who grew up being taught how evil racism was, who believed it and have stood against it still get can be lumped into the racist category because we are white. While that pales in comparison to what people of color have suffered, it still causes some folks to dig in and refuse to see instances of racism right in front of them. Deal with what is, not what should be.

If I am going to build an authentic spiritual life, one I can call Christian then I have to look at these things. I have to take other folks' experiences seriously. I need to be thorough in my introspection  and rooting out things in my own psyche that make me willing to accept things the way they are. Things which diminish my ability to care, and might show me where my actions are motivated by self-interest rather than love.

These things hurt. It hurts to see and admit these things in one’s self. But once we face it and acknowledge it, we find a freedom the truth truly does set us free. Not free to be perfect, but free to acknowledge our imperfections, and that takes a weight off our hearts, a huge weight.

So it seems the peace the truth brings us could be what I am searching for. Maybe in some sense I have it more than I know and it is more satisfying than all the good feelings I might experience. The brokenness while at times is painful is actually more a sign of growth and strength than weakness. It seems helpful to realize we are just sojourners here and a much better place is in our future when we are able to go to our true home. We can learn to enjoy the times of ease, of feeling good and appreciate them without falling for the lie that we need to try to hold on to them. In the end we find that acceptance of our struggle removes a lot of stress. And to remember what my generation's parents taught us both in word and deed. Face this and other evil straight on, first in our selves and then in others or where ever we find it. It is a strange experience to come to the realization that the personal spirituality I have been seeking is, beyond my reaction and working out my love for family, friends, and all humanity, is not about me at all. At least that is the way I see it now.